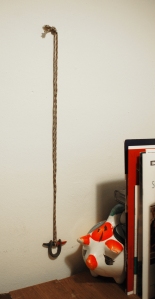 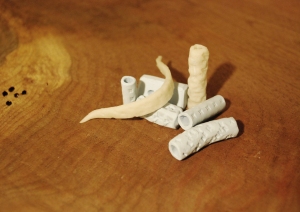 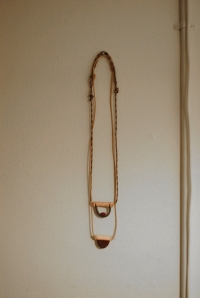 Work by yours truly and Brynn Trusewicz – opens April 14 at 5 pm & on view until April 17.

don’t miss it or you’ll be sorry.

As a kid I used to pull a chair into my closet to read; something about that enclosed space made me able to get totally lost in books. Yearning for that feeling, I came up with the bookfort – it’s kind of the adult version of a blanket fort. So I put it together and filled it with some of my favorite books. It’s a pretty absurd object as it stands, but I love the idea of building a more refined piece of furniture for people to read in – not just a chair but more of an environment. Anyway, here’s the bookfort in all its glory (model cred to Sophie Glenn, my partner in furniture crime):

Lately I have ruminating on the notion of art school, in general, and specifically my experience with it. Often I talk to the people with whom I’m studying about the futility of what we are doing – most of us knowing that we probably won’t end up as “practicing artists” in the traditional openings-in-chelsea sense. Any self aware person would start to question the value in academicizing their art after a year of art school. I find myself (and others) wondering what is we are actually doing here having hour long critiques of a thirty second video when there is so much going on out in the real world that needs to be fixed and dealt with in an immediate fashion, and mostly the only answer is that we can’t imagine ourselves anywhere else. But as I navigate through my last year of school, I am trying to gather up what I have learned into something I can articulate and use. I think about the hundreds of thousands of people who have studied art and do not make their living as “artists”, and I can only imagine that they have gone on to be creative leaders in some other field or else the wack-job in the office who makes excellent doodles during monday meetings. And I hope I end up as the former, at least.

I guess undergraduate degrees are no longer meant to prepare you for a career in any given field of study anyway, as the number of people with graduate degrees has increased exponentially. I’m all for education for education’s sake. If I could, I would stay in school for the rest of my life. I love school. I would like to have at least a dozen degrees before I die. But reality sets in…

As bleak as all of that sounds, I really believe you learn a lot studying art. Not just as a maker, but as a thinker. Here is a short list of what I have learned:

Welcome, hi, thanks for stopping by, nice to meet you, and so on!

To get in touch please email me at joanna@joannaginsberg.com, send me a letter at PO Box 913/735 Anderson Hill Road/Purchase, NY 10577, or find come find me in the woodshop at Purchase College, SUNY.